Log: Having not filled our fuel tanks since we bought the boat, and down to half on one and about three quarters on the other, we popped around to the fuel dock for a ‘top-up’, and learned actually how long it takes to top up 130 gallons of tankage, and that you could actually spend $235 on fuel for a sailboat.  It was high tide, and there was no wind at the fuel dock, and with a tiny skiff in the center of the main dock, we pulled around the inside, and twenty minutes later were on our way out.

We had some nice wind across towards the City, but headed downwind towards Berkeley in order to make it a bit more comfortable to change over the propane tank, as we ran out of gas on the other tank  …  having left the fuel dock where we could have got it filled.  Disaster averted, and soup was made.

First sail out with the solar panels up, and just the second with the new jib (seems good, and so much easier to tack and Jibe), and likely one of the last with the current mainsail, as we met with sailmakers (again) this week.

Finishing the sail with a nice beat down Raccoon Straights with all sails out (including staysail), cheating only slightly with a very favorable ebb current. 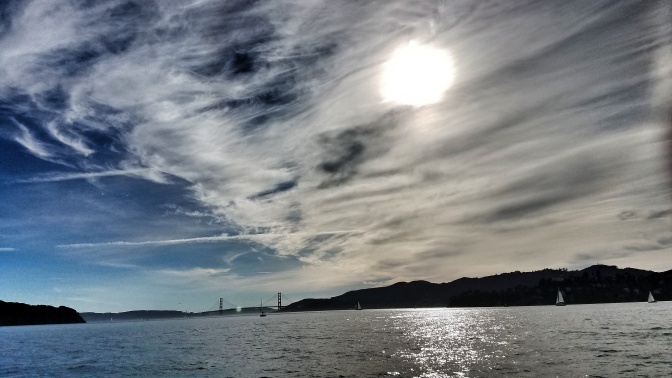 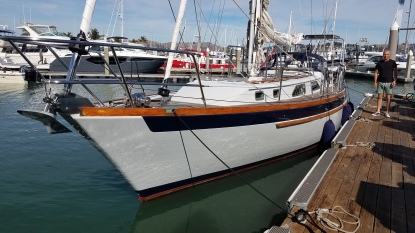