We have done many electrical, fiberglass, plumbing, instrumentation and mechanical projects over our past 15 years of sailing but never had a complete engine replaced.

When we bought Boundless we accepted she had a 34 year old Perkins 401-8 and to be honest, since last August we never had a problem. Well,except for a continuous diesel leak( and the associated aroma in the cabin) and a continuous oil leak. But she ran well. However after much research and talking to some marine mechanics we decided to re-power with a Beta marine 50hp engine. Our decision process was multi-faceted. We didn’t want to rely on a 34 year old engine once we head south to Mexico and beyond. Beta marine engine parts are readily available in most areas of the world. The engines have less electrical components than Yanmar. The engine mounts and accessories can be customized to our boat and it’s below cabin sole location.

We decided this project was not a DYI for us ( although I waned to try) so we connected with a great team at H&M Marine in Sausalito and began the process. On May 8th they began removing the old Perkins engine

And the fun began. It only took them a couple of days to remove all the wiring and harness. But as a typical boat job is ….. each day required additional work to be done. Not because of issues but because if we were going to do this let’s do it right.

The old engine was removed and the job of scrubbing, degreasing, and painting the bilge began. The it was a discussion with Shane ( who was incredibly helpful and informative).

In addition we decide to:

New tank for the calorifier

At one point we had our new engine sitting in our settee area looking all red and obvious hence the name Ruby! 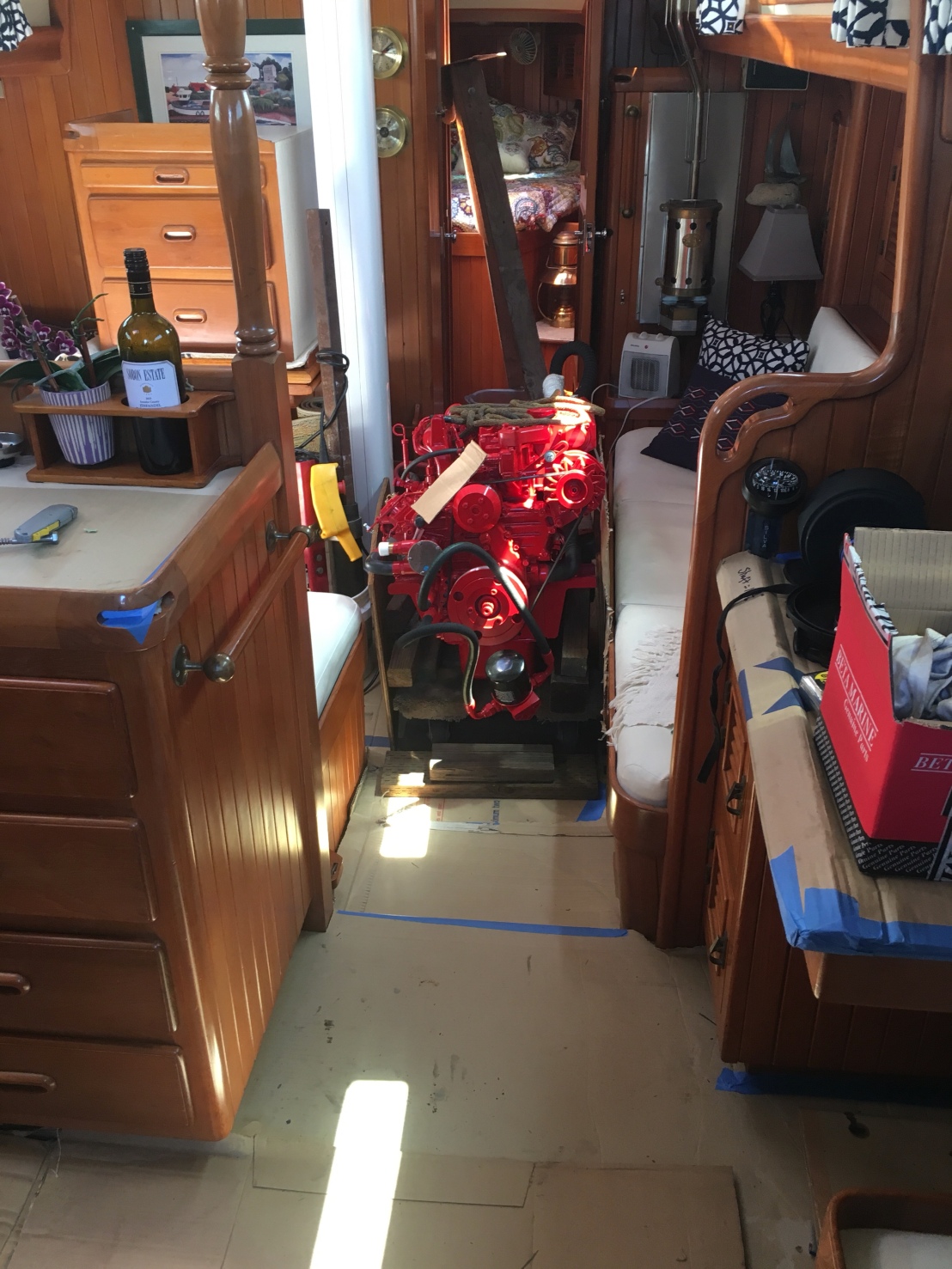 By May 16th she was where she belonged and the hard work for Shane began on the final installation and custom work we had requested.

By June 2 we were close to being done. 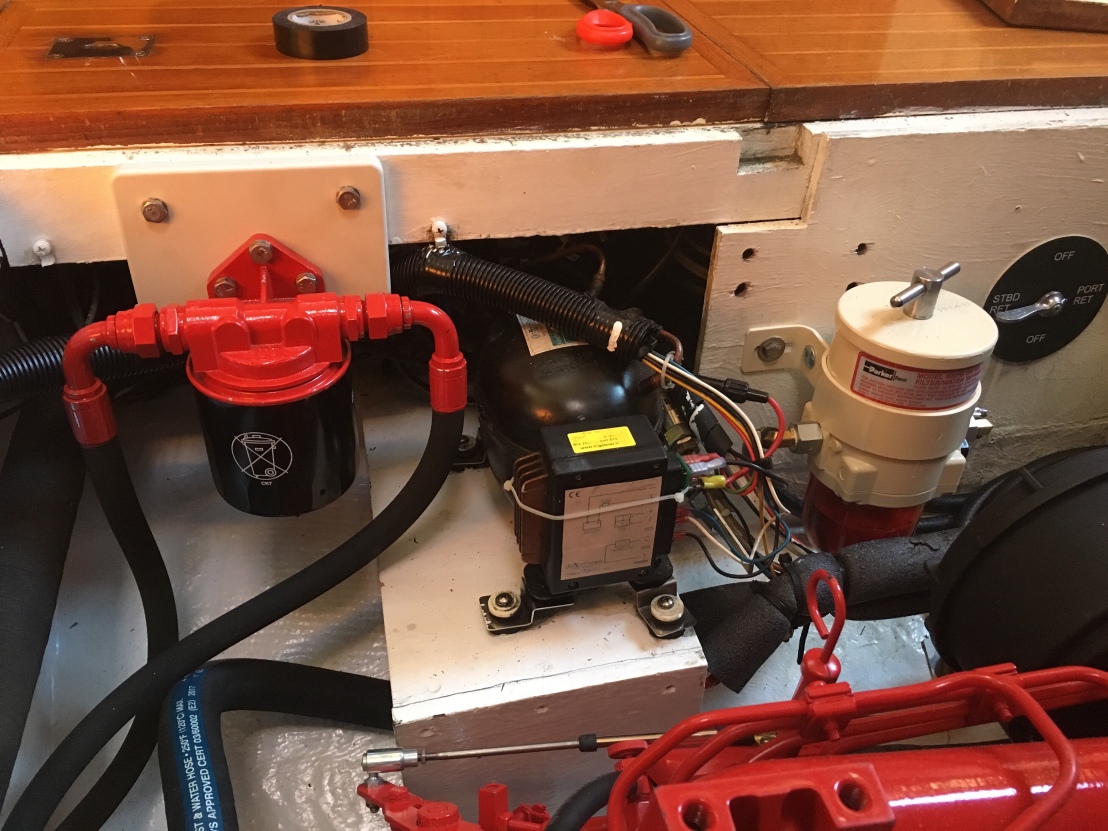 A few days later with Shane at the dock I got to start Ruby!!! And on June 9th we took our boat out for a maiden voyage with the new engine.

It was a great experience and process and we learned a lot despite the cost. 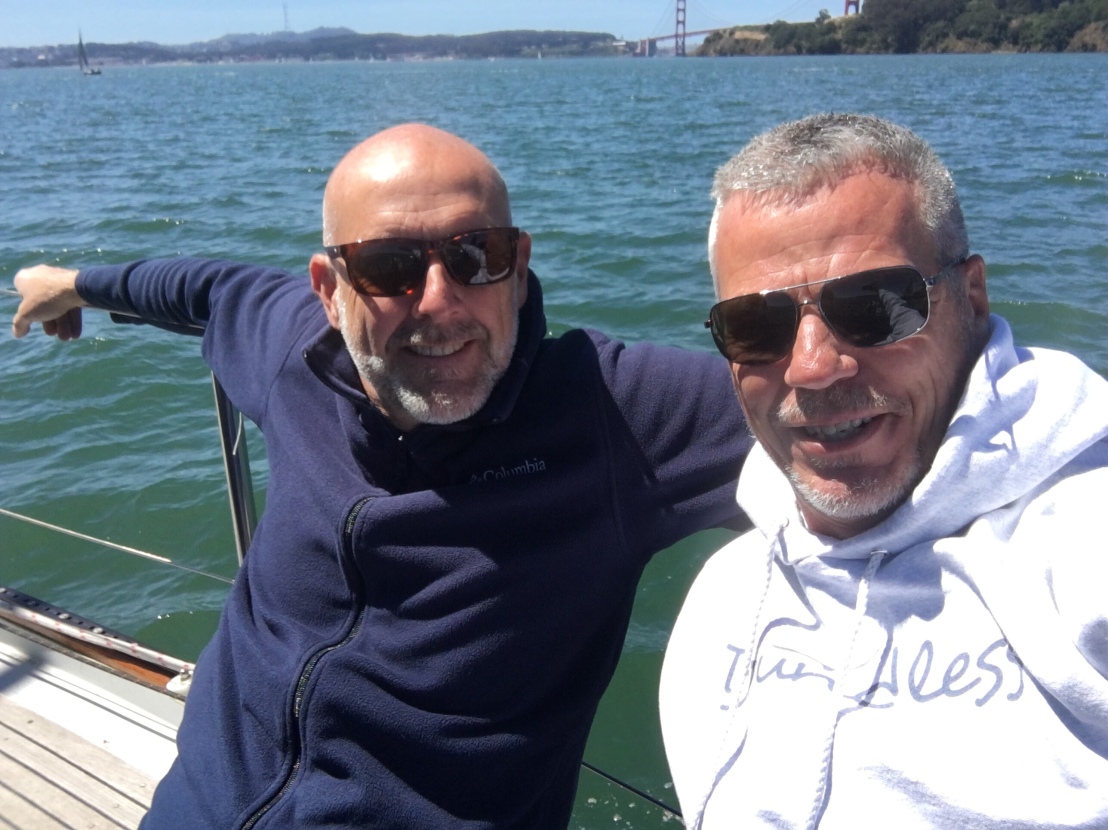 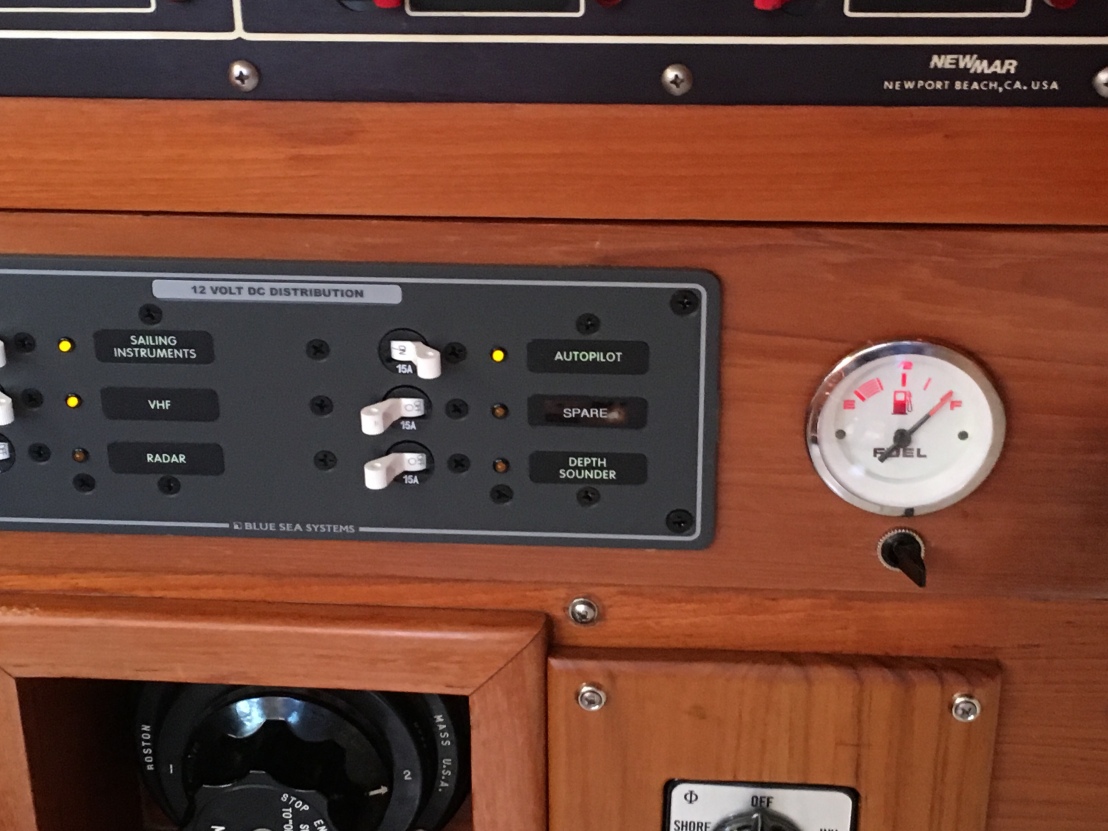 However the peace of mind knowing this engine is going to take us to Mexico, Panama and beyond is worth the $ spent. Having the ability to see fuel levels and not measuring with a stick, no more diesel and oil slick in the bilge and the quiet comfort is reassuring to us.

On to the next project(s)…………..Solar panels, arch and wind vane steering. Or maybe a couple of months sailing and enjoying the boat first 😀

Well…. we headed off for a weekend to Half Moon Bay and I noticed some white steam? Smoke? From the exhaust. Engine ran fine but seemed slow. On the way back the engine continued to billow steam. Upon return 48 hours later I discover all the engine oil was emulsified with salt water. ?? Head gasket? Heat exchanger? Exhaust injector? A call to H&M marine and they are currently working on it. Stay tuned for the developments

What can I say except that I have good lighting and a great photographer. 😜
Don’t mind a strong wind storm when the wind is consistent. This is 20 hours of tracking on anchor. (The blue scribbles are where we have swung to ) Think we will sit here and ride this system out.
Not all sunshine and beaches 🤨
HAPPY NEW YEAR wishes from Colin and Julian, from a little island called salaradup in the San Blas.
The view from my hammock as I contemplate the end of 2022 and wonder what's in store for 2023.
This is our fourth Christmas since we set off on this adventure, and certainly the hardest part of cruising is being away from family and friends at this time of year. Here's wishing everyone a wonderful Christmas from the San Blas Islands.
Loading Comments...
%d bloggers like this: